Author Interview Thursday is back! Have you missed AIT? I know I sure have. I’m excited to say that we have a fine selection of authors in the month of February who write in different genres and will be sharing from their vast wealth of experience. 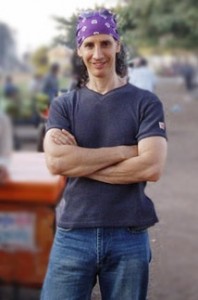 I met today’s featured guest through Matt Posner who has been a featured guest on the AIT hot seat. Matt recently wrote a book titled ‘How to Write Dialogue‘ and our special guest was one of the contributors on the book. He is an artist in every sense of the word and has worked in various industries like fashion, modelling, sculpting and film production to mention a few. He’s rubbed shoulders with some famous names in the movie industry and is always willing to learn something new. What I really admire about him is his generosity to share the wisdom he’s acquired over the years with anyone willing to listen. Ladies and gentlemen, please join me in welcoming Stuart Land.

Can you tell us a little bit about yourself and that first moment when you knew you could write?

At present I devote most of my time to writing novels and screenplays. I have, for most of my adult life, also been a sculptor. I began as a metal sculptor for many years, then segued into other mediums, like clay, wax, Fibreglass, various resins, and foams. While working in the movie business as a special effects sculptor, I became interested in screenplay writing because I was working on the biggest budget movies of the time, and reading all the scripts. Plus I was fortunate to have the directors, actors, and producers around to irritate with all my questions. (See my bio on my Website.) There wasn’t really a moment when I thought I could write, rather there was that moment when I realized writing wasn’t as easy as it seemed, and even terrible scripts were difficult to write. That’s when the stubborn side of me kicked in. I was determined to overcome this inability to fully express my thoughts and ideas, not to mention, as I found out later, that the thoughts and ideas that needed to be expressed were not mine, but belonged to the characters of the stories I wrote.

You’ve successfully written in different genres. Can you tell us the advantages and disadvantages of this?

The disadvantages are strictly from a marketing aspect. Readers, in general, like to follow an author they understand and know what to expect, as far as style and story go. They want a romance author to write romance, a mystery writer to write mystery, etc. They want to be able to follow the author in the genres they like. Understandable. Unfortunately for me, my tastes lead me down many roads; consequently, I’m interested in stories from many genres. My personal life has been a hodgepodge of adventures and story lines, so this reflects in my writing. I write what interests me at the moment. Many times, however, it’s my characters who call out to me and decide what I’m going to write next. I’m hoping that my readership will grow based on my abilities to tell great stories with compelling characters, regardless of genre. It’s a pleasure for me when someone says they read something of mine that was outside their normal genre or comfort zone, and found it enjoyable.

You made a worthy contribution on Matt Posner’s ‘How to Write Dialogue‘ book. What in your opinion makes great dialogue? 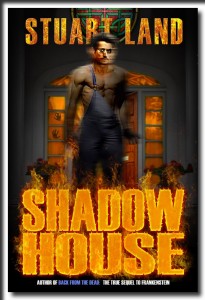 Very kind of you to say so. Thank you. Great dialogue are words the characters say that sound like realistic talking, but actually isn’t. Conversations are born from a give and take, action and reaction, and mostly, great dialogue is grown through conflict. Conflict can seem like it is based on opposites, but really it is based on like desires. Two people want (must have, must possess) the same thing = conflict.

This may sound counter-intuitive, or even silly, but the first main thing would be…putting words into your characters mouths. Ha! What do I mean by that? That’s what writers do, right? No, the good ones don’t. Great dialogue is developed from the personalities of the characters, the situation they’re involved in (whether immediate or past), the environment, physical health…the list is endless. If the writer decides what the characters are going to say based on the author’s desires, the dialogue usually fails, coming across as forced and unnatural.

Second, would be using dialogue for an info dump. That means trying to convey a bunch of information the writer couldn’t fit in somewhere else, or information that would already be understood by the characters.

Third, using clichés. Now people do use a lot of clichés when they talk, but remember: good dialogue has to sound realistic, not be realistic. What happens nowadays is that writers are greatly influenced by TV and movies, and they put words and phrases they heard from those sources into their writing. This is not good. Not because of plagiarism, but because whatever you heard or saw on the TV or in a movie was written at least a year beforehand, and mostly likely several years before. Clichés come and go at a rapid rate. They are recognizable by most people at a subconscious level. And they know you didn’t make it up. To be really clever, make up your own clichés. Now there are times when you can use clichés, and that’s when a particular character happens to use them on a consistent basis. It is part of who they are. However, be careful with this, as that in itself is becoming a meme. 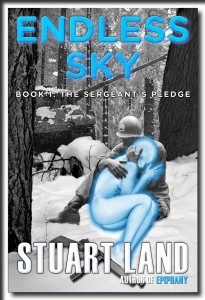 Oh, this was agony for me when I first started writing, and that’s one of the many reasons my writing sucked. Once I got out of my own way and let the characters tell their stories in their own words, I never had that problem again. Okay, you ask, but how do you do that? To learn the nuances of writing, you should read lots of books, of all genres, by many authors. It seeps in. It’s not about copying. But to know how people talk, you must become a listener and observer. You must leave yourself at the door when you sit down to write (I’m talking about fiction here). All your character will be you anyway, but the way they talk should never be you. At first, writers probably copy the voices they hear from various people, but the more you write, the more the voices develop from the characters you’re creating. They’re born unto themselves.

Quite a few people agree that Quentin Tarantino writes great dialogue for the characters in his films. What can we learn from him?

Gulp. I have a slightly different opinion of the way Tarantino writes dialogue. First, I love it. He gets away with stuff nobody else could. He made it into an art form. What am I talking about? He writes great monologue within dialogue. On the most part, his characters are so self-absorbed they each have an agenda, which propels their speech. All his famous quotes come from speeches. They are essentially Quentin. No other writer could ever get away with doing this. He also takes conventional (situational) clichés, and twists them, which is what he did in Pulp Fiction. This became his signature, or cachet, probably in both senses of the word.

I like a lot of the Latin writers, like Gabriel García Márquezars (One Hundred Years of Solitude); Ye, Jorge Amado (Tereza Batista: Home from the Wars), and Isabel Allende (The House of the Spirits). I also like George R. R. Martin (Game of Thrones), and on another end of the spectrum, Ayn Ran (The Fountainhead) …too many others to name.

These folks write living, breathing characters who have their own voices, needs, and desires. But it’s more than just great dialogue, it’s the insights these writers have into the human condition, which is all portrayed through their characters.

I must be the only living entity who hasn’t seen even one episode of Breaking Bad. So, with that in mind, I’d have to say, Homeland. It’s powerful storytelling, although for me, I couldn’t completely buy into the premise, so had to suspend a huge amount of disbelief. The writing is exemplary, and the dialogue is terrific. Almost everything that happens is based on character, though the story is based on situation.

You’ve done several creative writing workshops in Thailand. What should a first time visitor to Thailand do while there?

Besides take my workshop? Haha! Actually, I’m doing a workshop in March on one of the islands in the south. Any time anyone wants to have a glorious vacation, AND advance their writing skills, just go to my website and read what I offer, then drop me a line. Thailand is a lot of things to many people. It’s steeped heavily in culture: massive wars, religion, arts, and politics. For a tourist, I’d say you would have to like Asian cultures to get the most enjoyment from being here. However, you can spend your whole time at the beaches, on stupendous islands, and just lay back and enjoy the weather and food. I live in the mountain area near Burma, in a 700-year-old city. There is everything for me here (except the beach, which I already lived at for five years). Many travellers come here for the nature, food, yoga retreats, cooking classes, elephant treks, and so forth. There’s plenty of nightlife, shopping, and night markets.

What can we expect from Stuart Land in the next 12 months?

Set schedules are difficult for me, but I hope to write book two of the ENDLESS SKY series, called THE THOUSAND GATES OF HEAVEN. Maybe a third book in the ORIGINAL BLOOD series, and definitely a screenplay, and possibly finish my only unfinished novel called, OBSESSION, a spy story, which fell apart when the Soviet Union fell apart. Now it’s a retro story, so could work. I’m hoping a screenplay I sold when I was in China last year will start production this year.

Any advice for writers out there on the verge of quitting either due to slow sales or an absence of fresh ideas?

Well, there’s no excuse for an absence of ideas. They’re everywhere. If you truly can’t come up with anything, come to Thailand and take my workshop. 😉 Strictly speaking, a writer writes because they have something to say. However, it’s often true that you don’t know what it is you have to say until you start writing. This is one great reason to let your characters tell their story instead of you trying to tell yours. As for slow and no sales, don’t let that be the benchmark of whether you write or not. You write because you’re compelled to do so. If you can’t make a living out of it, do it as a hobby. You’ll probably get more enjoyment out of it that way. Personally, I can’t write for money, or I’d be a copy writer. Write for hunger, write for thirst, write for love.

Wow! That was such a powerful way to end the interview. It’s easy to see that you love what you do and I know we’ll all be hearing great things about you in the months and years to come. You can connect with Stuart and discover what he’s currently up to by clicking one of the links below. Also remember to check out his Amazon Page and pick up one of his books plus we would love to hear your comments, so let us know what you liked about this interview by leaving a comment/question in the comments section.