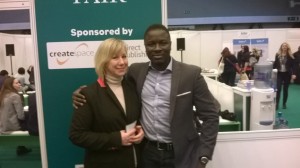 Some of the words of wisdom shared included making sure your book cover sizzles. Don’t check your book sales every day, instead use that time to find bloggers who can promote your book. Everyone at the table was encouraged to share what was working for them.

With regard to social media, I learned we have to tweet about hot topics that are in the social consciousness. He gave the example about football and how you can win new followers by talking about a recent game. To this end, if you follow me on @davidchuka you’ll see me begin to share more about my football team and the challenges of parenting.

The moderator said that Twitter works but you just have to be committed to tweeting every day. At this juncture, I feel it’s necessary to interject that our primary focus as writers is to write so if you’ve not fulfilled your main calling, then don’t sweat the small stuff i.e. social media.

To improve your brand name across social media, make sure you’re using the same username/tag across your profiles. I think you’ll agree that I have a consistent brand name across my profiles apart from Pinterest.

We were encouraged to try paid PR as they can get you into newspapers and also help with press releases. 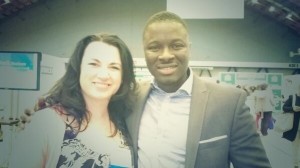 Make sure to haggle on price if you want to go this route as there are always deals to be struck. Ideally before the deadline for advert submissions as they have last minute deals. I’ve never used this method before and would be interested to know if you’ve had any success with it.

Cross promoting helps so try to get to know other authors in your genre. I have to say that I have personally found Facebook groups and Twitter plus GoodReads to be a great place to find fellow authors in my niche. A great man once said that iron sharpens iron and when it comes to getting into an alliance of like-minded authors, the power that we can give each other is huge.

Self-Publishing and Traditional Publishing in the same Bed

For the afternoon session, I went to possibly my best seminar of the day titled ‘Eating the Cake Too: The New Breed of Hybrid Authors have the Best of Both Worlds.’ This session was moderated by Diego Marano who is the head of Kobo in the UK and the special guest was Hugh Howey.

Hugh stressed that writing comes first and should reign supreme above everything else. He talked about how when he first began, his idea of success would be to sell his books to 5,000 people over the course of his lifetime. Hugh was asked how he managed to balance all his responsibilities in addition to writing. While he wasn’t ungrateful for all the success that has come his way, I got the distinct impression he missed the old days when his life was purely centred on writing. He made a statement to the effect that we should write as much as we can now and hope our 10th book is the breakaway success before other commitments took us away from writing.

He shared how he believed we’re going back to how stories used to be told which involved a direct engagement between the storyteller and his audience who could give him instant feedback on what part of his story was working and which wasn’t. He gave the analogy of people in the music world who played live and used the audience feedback to gauge where they needed an improvement on their performance. With social media, we can begin to engage once again directly with our audience and involve them in the storytelling.

This reminded me of a guy who reached out to me on Twitter. He said his daughter liked the book I read while visiting her school. I replied and said it was a pleasure to read to her and her school friends. In light of Hugh’s advice, I should have taken this a step further and asked him if I could send him a copy of my next book or asked him which character his daughter liked the best. I believe the keyword here is Engagement.

Below is a short video I shot from the second row with Hugh talking about the hybrid model.

The final seminar which I attended was chaired by Indie trailblazers Bella Andre and Barbara Freethy. They were both once upon a time traditionally published but switched to Self-Publishing a few years ago. Bella recently signed a 7-figure print only deal with Harlequin MIRA.

Bella kicked it off by talking about branding. She showed us a slide of all her book covers and said being that she came from a traditionally published background where the author didn’t have a lot of input in the marketing of their books, she wanted to get it right with her covers when she switched. She said she wasn’t hung up on people knowing the title of her books but wanted to build the Bella Andre brand and that’s why they’re always so BIG on her covers.

A great brand should be instantly recognisable and consistent. She advised that we need to fulfil the promise we make to the reader with our book cover. So the images and title should be a reflection of what’s on the inside of the book. She said something she had noticed with a lot of fiction authors is that we only think about the title but not the sub title which is equally as important.

Think about the holes in the market. What holes/gaps are there in your market that you can exploit? She gave the example of writing under the pseudonym ‘Lucy Kevin’ to capture a segment of the romance market she felt was being under-served since the Bridget Jones books.

Readers love knowing that they have more books to look forward to so give it to them and make sure the story in your series is open-ended. People discover you with each new book so aim to write more books in your series. She personally aims to release a book every 2-4 months.

–       Converting them to audiobooks

–       Translating them into foreign language

With regard to book translations, she advised to make sure that your translator has experience in translating books and you need to get a proof-reader to check what they’ve done. Your book could live or die on the strength of your translator. The major languages she said we should target are German, Portuguese (with the Brazilian market in mind), Spanish and Italian. You can convert your published books to audio by using the Amazon service acx.com which will not only upload it to Amazon but other retail channels as well.

Barbara drew our attention to the fact that we could draw attention to our latest published books by having a Facebook party. 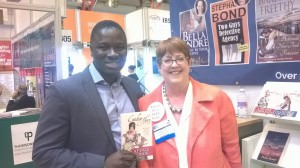 You can also boost your posts on Facebook. She said something you could also do along with the creation of your Facebook page is to create a Facebook group. This is so fans of your books have a place to congregate and discuss your books. This way, the onus isn’t on you to keep the conversation going.

She mentioned something about the fact that she only had about two thousand plus fans on her Facebook page but had a friend who had more than twenty thousand but wasn’t selling much. Her conclusion from this is that you can’t equate the success of an author relative to the amount of fans they have on Facebook.

Something she said that caught my attention and I’ve never tried is that you can update your status on GoodReads the way you could leave a post on Facebook. Use Ereadernews.com to advertise your book as you only pay for clicks. This is another channel I will be exploring. I’ve used them for free days but not for paid promos.

Another thing she said was to always think about keywords and have them in your description and author profile as this is a way people find you on Amazon and the other retail platforms.

Have a 5 year plan. I think this is very important as we sometimes tend to get discouraged if we don’t see sales or just a few sales when we click into our KDP account. Speaking of KDP accounts, she advised us not to check it too often as it could either make you depressed or over-excited.

Have your name big on the cover. 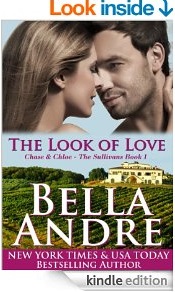 The perception is that if your name is big on the cover then you must be BIG. I have to say this was another aha moment and looking through Bella and Barbara’s Amazon author page and viewing all their book titles, I could see they really were practising what they preach. You might not be big at the moment but you have to Fake it, till you BECOME it!

We all need to think like publishers and play with price, covers, description etc. This reminds me of a one-on-one talk I had with Stephanie Bond on Day One and she said she brought it to the attention of a friend that one of her books wasn’t doing so well in the UK market. They went through a couple of things and her friend pointed out that she began the description to that book with the phrase ‘Welcome back to Lexington, Kentucky.’ They both agreed that Lexington might not be a place familiar to an international audience. As soon as she changed this, an hour later, she began seeing sales on this book. Amazing! This just goes to show that if you’re experiencing mediocre sales on a book you know should be doing better, then something can be done to boost sales.

If there’s one thing that all the Indie superstar writers were in consensus about and which Barbara said again, it was that we should all keep writing. Content is King. Bella said how at the start of each week she had to remind herself that it’s all about the book. Write more than one book. Spend more time writing than promoting.

Network with other authors and cross promote each other’s work. I’m all for this and if you need my help, simply shoot me an email via my Contact Us page.

Get to know the different retailers – how they work, their platforms, latest trends etc.

Hire professionals to do your cover, edit, proofread, write your description etc. write what you love and think BIG!

There was a big round of applause from the audience at the end of this seminar.

Filed Under: London Book Fair, On My Mind

I was at the London Book Fair this week and I have to tell you that it was a life changing experience. I was there last year and it give me an insight into how the industry works. However, if I could describe my experience this year in one word, it would be INSPIRED. A… END_OF_DOCUMENT_TOKEN_TO_BE_REPLACED

Filed Under: London Book Fair, On My Mind