It’s Author Interview Thursday and if you love Science Fiction, then you’re in for a treat today. I got introduced to our special guest today by Matt Posner (who also happened to grace our AIT sofa in 2013). 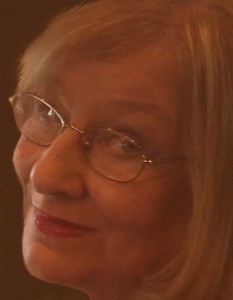 Matt recently wrote a book titled ‘How to Write Dialogue,’ which I’ve read and can highly recommend. Out featured guest made a worthy contribution to Matt’s book and I’m so excited she’s taken out some time to grace us with her presence. I admire her creative approach to the writing process and can’t wait to hear what she has to share with us today. So without further ado, please join me in welcoming Cynthia Echterling.

Can you tell us a little bit about yourself and that first moment when you knew you could write?

I started making up stories before I knew how to write. Then I would draw the characters, cut them out and glue them to popsicle (ice lollie) sticks to make puppets for my own little plays. In school, I used to get in trouble for writing fiction instead of the boring essays they wanted us to write. What did I do on my summer vacation? Survive a nuclear war. Why not? I would also write and illustrate my own comic books. It wasn’t until I was in my thirties, when I took a creative writing course, that I was encouraged to keep at it and pursue publication. 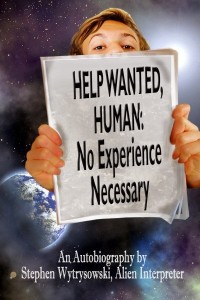 When I was a kid – the introverted, geeky sort with thick glasses, I read animal and science books. We only had a small library in our town and by the time I was ten, I’d run out of books. So, in a panic, I started thumbing through books on nearby shelves. I found one that had illustrations of what looked to me like furry bowling balls. Close enough to an animal for me, I borrowed it. It was Robert Heinlein’s Red Planet and I was hooked. It didn’t take me long to read all the sf books in the children’s section. When I got brave enough to enter the forbidden territory of the adult section, I found William Golding’s Lord of the Flies. Flies? They’re animals and I liked bugs. That led to reading his book The Inheritors which began a life long interest in Neanderthals and anthropology in general. Science fiction is not just about shooting and killing, and blowing things up with high tech weapons. What good speculative fiction does is make us think beyond the mundane world and opens our minds to infinite possibilities. It makes us ponder those big “what if” questions about life and our place in the universe.

You made a worthy contribution on Matt Posner’s ‘How to Write Dialogue‘ book. What in your opinion makes great dialogue? 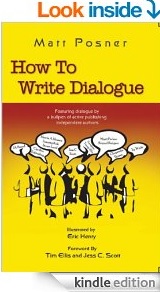 Great book. Most importantly, dialogue has to carry the plot forward and reveal something about the characters’ culture, personalities, thoughts, fears, beliefs. These are often bits your narrator wouldn’t know and can be revealing. It should seem natural even if you are skipping over the boring bits. “Hi, how are you, blah, blah, blah.” And it’s a great way to show conflict and let the reader discover it.

Forget everything about proper grammar and sentence structure. People don’t talk like that, unless that’s part of the character’s uniqueness. Don’t make everyone sound the same. People of different ages, classes, cultures, occupations have their own way of speaking. Be careful with those ages, classes and cultures etc., unless you really know what you’re doing or you may come across as stereotyping. Of course you can get away with a lot if you’re writing dialogue for aliens. I suggest doing a lot of eavesdropping in public. Don’t listen so much to what people are saying, but how they say it. 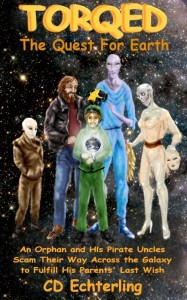 I don’t “give” my characters anything. They just show up in my head. Sometimes it takes time to get to know them, but that is as it should be in the novel – a gradual revelation. Mine get really annoying, waking me up in the middle of the night, telling me their life stories or talking to each other about stuff that has nothing to do with the book. I mean, when aliens are discussing how to convert recipes to Earth ingredients, that’s a bit much.

‘Dr Who’ has been one of the most successful science fiction series on British television. What in your opinion has been the major appeal of this series?

I first saw Dr. Who when Tom Baker was the Doctor, back when they had really cheesy sets, but that didn’t matter. It was original to me – exciting and funny. It has attitude. I think the episode that sticks in my head most was The Empty Child where the children with gas mask faces were looking for their mothers. Then to find that it was a mistake caused by “others” trying to be helpful. Very creepy with a positive twist.

Two come to mind. The Princess Bride because it takes fantasy clichés and turns them on their heads in unexpected ways, and Dr. Strangelove. I can watch it now and the satire still bites. Oh, and I love Douglas Adams and Terry Pratchett.

Oops. I’ve never watched either one. My bad.

What is your favourite science fiction movie and why? 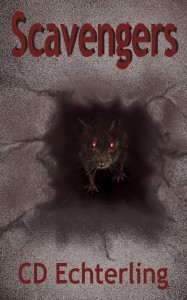 Just one? Besides the ones I’ve already mentioned, I’d say A Clockwork Orange, the book and the movie. It is both chilling and thought provoking and I love the original slang that Burgess uses. It is very revealing of the culture and the characters. I’m also very fond of the original Invasion of the Body Snatchers. Again scary as well as thought provoking. My guilty pleasure, dare I admit it, is humorous horror movies like Shawn of the Dead, Zombieland and Tremors. Besides the hilarious gore, I love the buddy banter dialogue.

What three things should a first time visitor to Indiana do?

My favorite part of Indiana is the South-western hill country around Nashville (not Tennessee) and Bloomington. It is beautiful in the fall and is the home of bluegrass music. Unfortunately, I don’t live there. Indianapolis has a good zoo and the Indy 500, if you’re into auto racing. Do not go in the Soldier and Sailors memorial if you’re afraid of heights and tight spaces. Eat lots of pork and corn, especially our gourmet popcorn.

What can we expect from Cynthia Echterling in the next 12 months?

For some dumb reason, I got it in my head that I should write a romance novel. Anyone who knows me thinks that’s hilarious. I’ve never even read a romance novel. You’ve seen those documentaries where the naturalists anesthetize endangered species and haul them off to nature preserves? Well, what if some other power did that to humans? People, houses, everything, lifted up and dumped together on another planet. However, they’re all from different times. So we have Neanderthals, palaeolithic hunter gatherers, pre-Columbian Indians, a WWII bomber crew, Vikings and a Civil War era doctor and his daughter. The latest addition is a platoon of military repair geeks from the near future. It’s called Courting Corporal Coogan. The title character is the near-future medic who, more than anything, wants to be a doctor and she is not going to let a smelly, leather clad hunter named Finds-It-Kills-It who thinks he’s in love with her keep her from reaching her goal no matter how many animal hearts he brings her as presents. It is the most research intensive project I’ve ever worked on with all the languages, cultures and customs. By the way, YouTube is very helpful in that regard. I’ve learned how to start a fire with a bow drill, how to use a spear thrower, and how laundry and surgery was done in the 1860s. It also amazes me how many people videotape having their boils drained and post it on YouTube. Very helpful.

Any advice for writers out there on the verge of quitting either due to slow sales or an absence of fresh ideas? 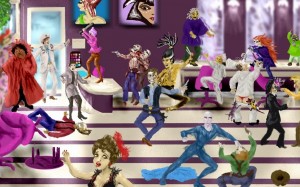 I wish I knew the miracle answer to that question. I would suggest finding a writers’ group online or preferably in person that can offer support and constructive criticism. Knowing that you have to have a chapter ready to read by a certain date is very motivating.

Thanks for taking the time to be with us today Cynthia. There’s so much good stuff you’ve shared today that I’ll definitely be coming back to look this interview. I have to agree with you that having a group you can regularly liaise with and share ideas can literally propel one’s publishing efforts to another level. You can discover more about Cynthia and what she’s currently working on by visiting the links below.

You can also grab one of her books at the link below. Remember to share this interview on your social network.

Filed Under: Author Interview
← Something Big is Cooking….
I Love My Cat – Now Available to Download to Kindle! →