My first Harlan Coben book and will definitely not be my last. 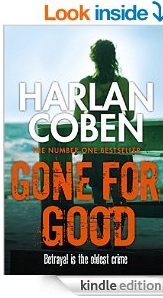 I just love the way Harlan Coben writes. I think most authors struggle to pull of writing in the second person but you feel like Harlan’s having a conversation with you – the Reader – as you read this book.It’s a story with many twists and turns and jut remember that nothing is ever as it seems.Our protagonist has struggled to clear his brother’s name for most of his life. His brother has been framed as the killer of a girl he used to love. The police force think his brother’s guilty. The local community thinks his brother is guilty. The deceased’s family think his brother is guilty. Even his parents harbour doubts about his brother’s innocence. Still, Will believes his brother – Kevin Klein – is innocent. His brother goes on the run and for many years, it’d appear his gone for good and never to come back.Will’s mother whispers something on her deathbed that sets his world upside down and opens a can of worms.I liked how Harlan made Will Klein so vulnerable. You feel for him and wish him all the best. You wish him well but it seems his best intentions only hurt those around him and lead him to dead ends. Will discovers himself in the end and the truth sets him free.Gone for Good will be a worthy addition to your library.

Filed Under: Book Review
← Review of Fearless Joe Dearbone
Book Review of The Fault in our Stars by John Green →

2 Responses to Gone for Good Review