I think every author concerned with reaching out to their readers, networking with other authors and selling more books is either engaged on social media or has at least thought about it. 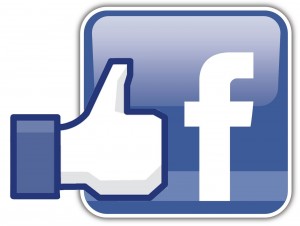 The two (in my opinion) heavy weight entities with regards to social media are Facebook and Twitter. These two networks have their fans.

I have to admit that I used to be a big fan of Facebook as it was easy to migrate from having a personal account to a fan page. I understood how it worked and I could apply what I was doing on an almost daily basis on my Facebook Personal account to my Fan page. On the other hand, this Monster called Twitter, just didn’t make sense.Wasn’t the whole concept of Twitter similar to shouting in a market place?

It just didn’t make sense and I avoided it…until sometime last year when I read a book titled How to Get Followers on Twitter: A Simple Guide on How to Optimize Twitter and Hootsuite by Denice Shaw. I started applying some of the things I discovered in this book and my Twitter following has swelled from less than a hundred to more than 500.

Now it has to be said that the amount of your followers does not determine how influential a person is on any social network. I have seen Facebook fan pages with thousands of fans but only a handful currently engaged with the posts on that page. An effective social media network should do at least one of the following:

Now with the algorithm changes at Facebook, it has become almost nigh on impossible to do any of the above. Can you think of a painless way to get discovered by people on Facebook who like the books you like? Most authors (and I’m one of them) no longer see the same traction Facebook once provided.

However, Twitter provides the three benefits I highlighted above. Central to the ease of seeing and being seen on the Twitterverse are little things known as hashtags. If you’re on Twitter, you’ve probably seen someone leave a message like this

The symbol ‘#’ before the words mystery and novel render them as hashtags. Anyone on Twitter who is interested in mystery novels can search for those hashtags, find your tweet and either retweet (that is broadcast your tweet to their followers), favourite (similar to liking a post on Facebook) and/or reply to your post. As an author, I usually use the hashtags below:

I’ve found it humbling and exciting when people who don’t even follow me, either retweet, favourite or reply to my tweets simply because I have included a hashtag that relates to something they’re interested in. I have made many new friends and acquaintances this way. I have had the parent of a student at a school where I did a reading reach out to me on Twitter. I’ve had a few New York Times Best-selling authors retweet, favourite and/or like my tweets. This week, I had a lovely lady reach out to me on Twitter and share a picture of her grandson with one of my books. The possibilities for connecting with your fans and other book lovers really is bountiful on Twitter. I’d like to encourage you to join Twitter today and join the conversation. There’s a certain group of people who are speaking your language and will gladly welcome you into their fold as  they have a lot to share with you and would love whatever you have to share with them.

I’ll still keep using Facebook but my main stop when I think of social media is Twitter. 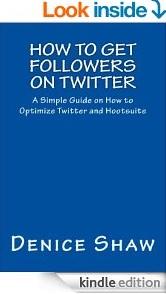 I’d highly recommend Denice Shaw’s book as it contains many useful tips, etiquette, resources to help you understand and use Twitter well. Get it at the link below

Are you still finding joy on Facebook? Or perhaps Twitter still doesn’t make sense to you. Or maybe you use LinkedIn or some other social media network that you’d highly recommend. I really would like to hear your thoughts and comments, so drop a line or two in the comment box below and you can follow me on Twitter @davidchuka