Stephen King said in his book ‘On Writing’ that there are 2 things every writer should do: Read a lot and Write a lot. 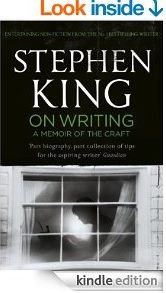 I try to do both but sometimes one of these activities supersedes the other. I’m currently in a read a lot mode.

The book I’m currently reading is called ‘Girl Jacked’ by Christopher Greyson. It’s a mystery thriller and I’m at the half way point. My interest in the thriller/mystery genre was inspired by a chat I had with Stephanie Bond at the London Book Fair. Stephanie has more than 6 million books in circulation and writes in the cozy mystery genre.

I’ve been reading a few articles about mystery writing and Greyson’s book is the second novel I’ve read/am reading since my curiosity for this genre was piqued. The beauty and I guess popularity of the mystery genre is that the reader gets to play the role of a sleuth along with the main protagonist in the book. I believe it’s this interaction with the facts and clues revealed in a mystery story that make them so enjoyable. At the heart of every mystery story is a puzzle that needs to be solved. Most of the times this puzzle is the murder of someone related in some way to our main protagonist. The story usually ends with a resolution of the puzzle and the protagonist living to fight another day.

In ‘Girl Jacked’ (SPOILER ALERT, don’t continue reading if you have any intention of reading this book which I highly recommend) the murdered victim is Michelle who is the foster sister of Jack Stratton, a detective at the local police station.

Compared to other mystery books that I’ve read, the murder was revealed quite late into the story. There was always a dark cloud hanging to suggest that something diabolical had happened to Michelle but when it was finally revealed, I found myself saying aloud ‘Oh No!’ 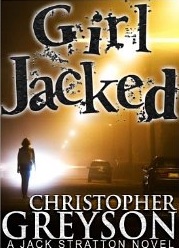 Girl Jacked has had more than 175 glowing reviews on Amazon and I think what really works for this book is that you get to empathise with the main character who is facing some emotional battles and his side kick – Replacement. I found myself chuckling when the origins of this nickname was revealed. There is a down-to-earth way Greyson narrates this tale that’s free of BS and gets you rooting for the Jack. At the half-way point, o real suspects have really been identified but this has not taken from my enjoyment of the book.

The next book on my list to read is ‘A Life for a Life’ by Tim Ellis. I can’t wait to get into this book for two reasons. One is that I’ll be interviewing the author on Author Interview Thursday a few weeks from now and Tim’s books are very popular on the Amazon UK site and have more than 200 glowing reviews.

Like Stephen King advised, I believe we should all be actively reading and sometimes read outside the genre we write in. You never know what new idea you could stumble upon while doing this.

What are you reading at the moment?